Are you sick and tired of iPhones that cost an arm and a leg? Maybe you've been thinking about getting an older, more affordable iPhone? If so then your choices boil down to the iPhone 6s vs. iPhone 7.

But what's the catch?

After all, the iPhone 7 is three years old and not getting younger. Meanwhile, the iPhone 6s hit the shelves way back in 2015!

But get this: both phones are still fantastic today. They're just as quick and snappy as any Samsung or Google Pixel. And you won't notice a difference between an iPhone 7 and the much more expensive iPhone 8.

So between the iPhone 6s vs. iPhone 7, which one should you choose?

Quick Navigation
iPhone 6s vs. iPhone 7
Let's Talk About Prices
How They Compare to Today's Phones
Should You Buy? 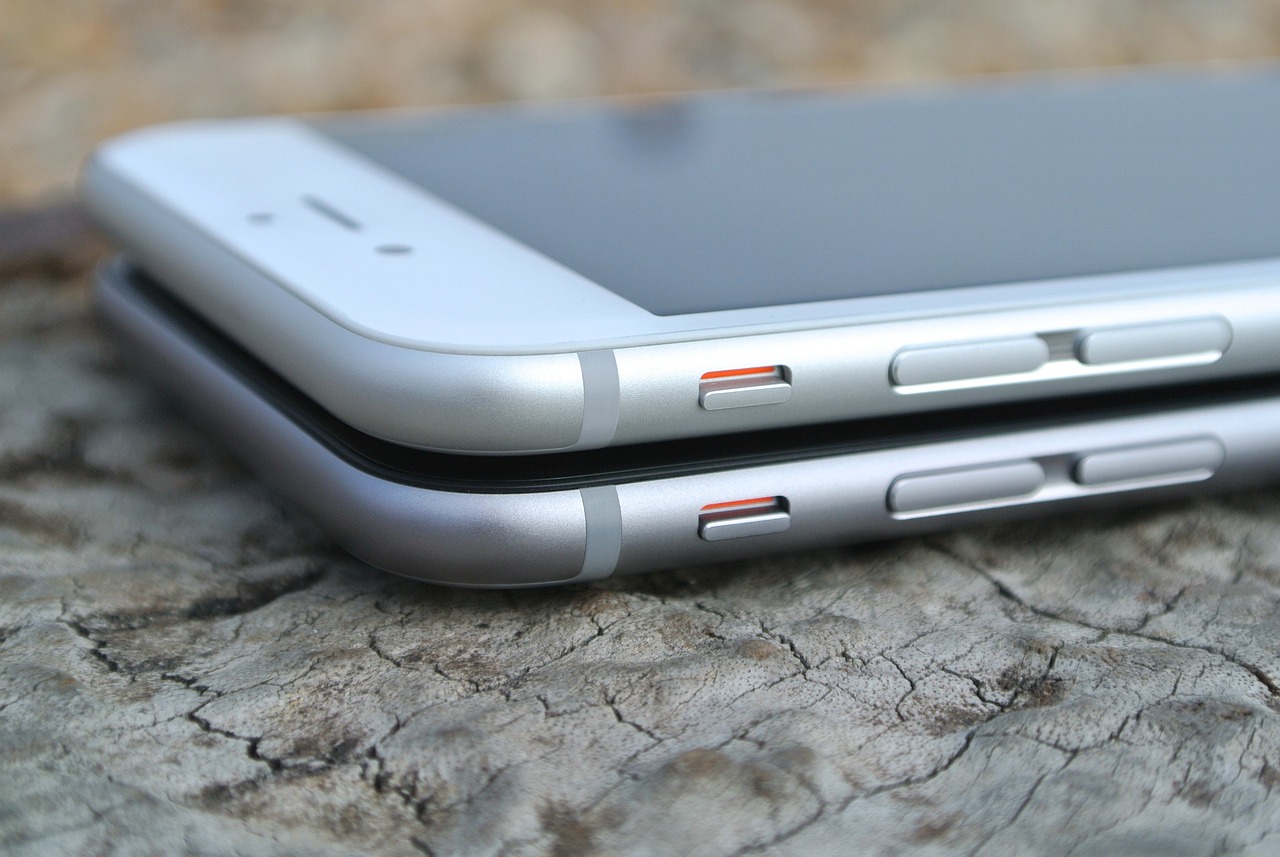 At first glance, you'll probably think they look similar. In fact, the iPhone 6, 6s, 7, and iPhone 8 all share the exact same design. Apple didn't need to make too many body adjustments during the four-year reign of this design.

However, there are a few noticeable differences. For instance, the iPhone 7 features a much smoother camera bump. Meanwhile, the iPhone 6s has an actual 3.5-millimeter headphone jack. That seems almost revolutionary today.

But these phones actually have more in common. For starters, they're both still supported by Apple. That means they get iOS updates as soon as they release, and both phones can run iOS 12 and iOS 13 without any issues.

They both feature 3D Touch, Apple's amazing in-screen technology where you can press hard on the screen to preview individual apps or play live photos.

And talking about live photos, the iPhone 6s was the first phone to introduce it, and every iPhone since features it.

The iPhone 6s is a solid workhorse even today. But the iPhone 7 is faster and a little better, simply by virtue of being newer.

What's the first thing you notice about a smartphone? It's the screen. Right now, all the major phone manufacturers, including Apple, use OLED displays. There's no denying that OLED looks stunning.

But go back a few years, and Apple was still using LCD. The iPhone 6s and the iPhone 7 both feature the same-size 4.7-inch LCD display. But the iPhone 7 looks better.

That's thanks to a wider color gamut. It comes with DCI-P3 gamut, so it's 25-percent brighter and packs more pixels than the 6s. In fact, even back in 2015, the iPhone 6s screen lagged behind many Androids. Apple cheaped out on that one.

So when it comes to iPhone 6s vs. iPhone 7 display properties, the iPhone 7 has a significantly better display.

You've heard the saying before. It's what's inside that counts. And with phones, that plays a huge part in the user experience.

So when comparing iPhone 6s vs. iPhone 7, looking at their processors, memory, and other internals is important. Also, this is one area where you can really tell the age of the iPhone 6s.

But first, let's look at where they're the same. For starters, both of them use Bluetooth 4.2. And they both have 2 GB of RAM.

Of course, with the way iOS and the hardware get integrated, RAM specs on paper don't mean much. Just think about it. Even by 2017, the iPhone 6s was still snappier and faster than brand new flagship Android phones!

The similarities between the two phones end there.

On paper, and in everyday usage, the iPhone 7 blows the iPhone 6s out of the water in speed. In fact, the 2016 iPhone 7 still managed to be faster than more recent Samsung Galaxy and Google Pixel devices!

So three years after release, and the iPhone 7 is still a fantastic phone. The same can't be said of the iPhone 6s.

In any iPhone 6s vs. iPhone 7 comparison, the iPhone 7 is hands-down the faster phone. 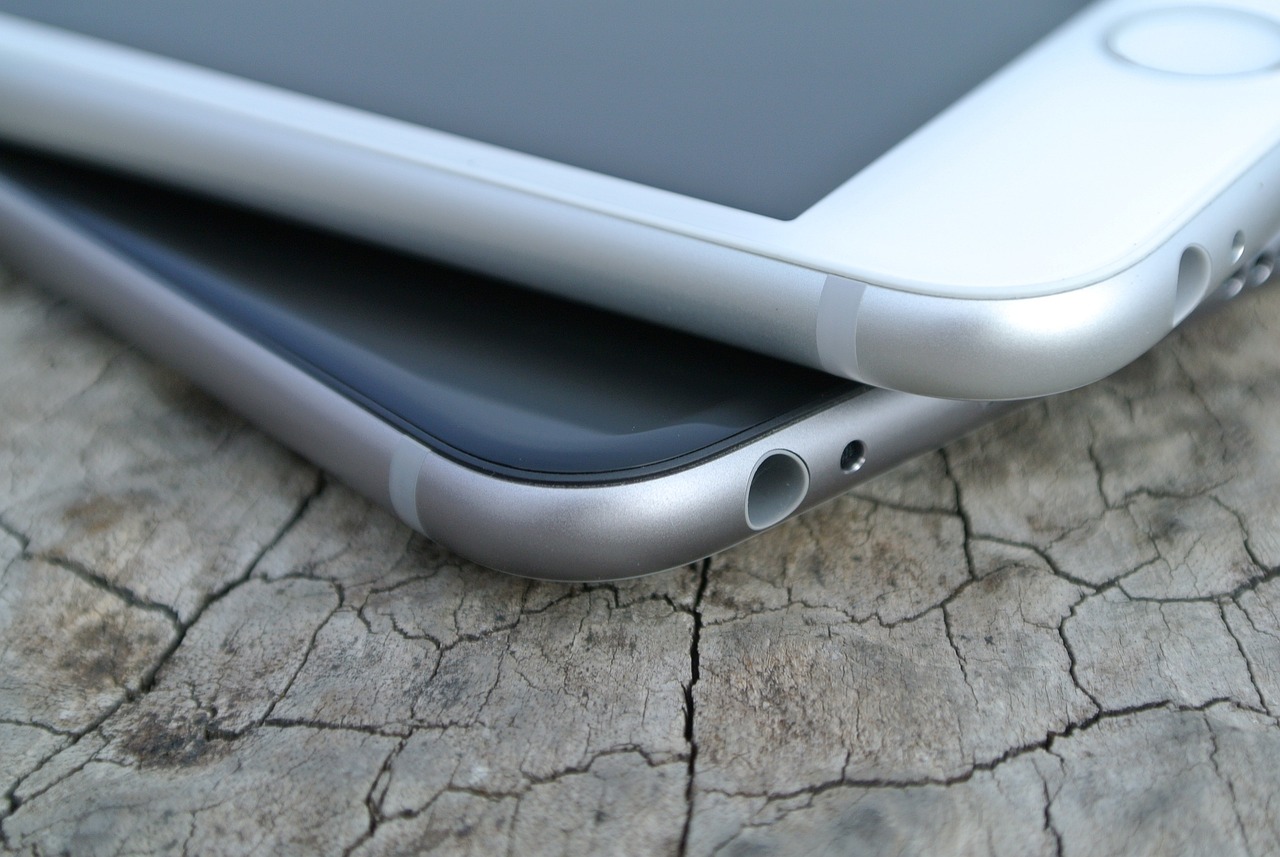 You may be asking what is the point of all that speed if the phone can't last throughout the workday? And you're right. Battery power is still the main issue plaguing most smartphones.

That is why we don't take paper specs too seriously when looking at phone batteries.

The numbers don't take into account the drain that the operating system puts on the battery, how heavy the phone gets used, and how many apps are allowed to suck power in the background.

A great example of this is the iPhone 6s vs. iPhone 7 battle. On paper, the iPhone 7 sports a 1960 milliamp-per-hour battery (mAh). Compare that to the iPhone 6s 1810 mAh battery.

The iPhone 6s gets better battery life than the iPhone 7. They both run the same operating system, yet the screen and the processor in the iPhone 7 suck more power.

When it comes to battery life, the iPhone 6s still has it going.

What about the camera? We're glad you asked.

The iPhone 7 represents a massive leap in camera quality over the iPhone 6s. That being said, the iPhone 6s is no slouch, and still takes amazing photos and videos.

Next, you need to decide which look you prefer. The iPhone 6s is a carbon copy of the iPhone 6, which represented a massive generational change in iPhone style.

And the iPhone 7 looks a lot like the iPhone 6s. But there are subtle differences.

For starters, there are no antenna bands on the back of the iPhone 7. Instead, it looks like a solid sheet of slick metal with no interruptions. And to be honest, we love the slick new "Piano Black" that Apple introduced for the iPhone 7.

Another difference has to do with the camera hump. The iPhone 6 and 6s has an awkward camera lens that juts out from the back of the phone. Apple slapped an ugly aluminum ring around it and called it a day.

But with the iPhone 7, they finally molded the camera into an elegant raised bump. No more ugly lenses poking out.

And another thing to note in any iPhone 6s vs. iPhone 7 battle:

With the iPhone 7, Apple got rid of a mechanical Touch-ID thumb button and replaced it with a solid Touch-ID sensor.

Inside there's a taptic engine that vibrates and clicks when you press on the button, making it seem like a physical button. It's kinda cool.

Also, that removes one of the main areas where an iPhone would break. In addition, the iPhone 7 has water resistance, whereas the iPhone 6 dies with a few drops of rain.

Finally, there was a lot of controversy when the iPhone 7 released thanks to the lack of a headphone jack.

Apple expects you to buy expensive dongles to use headphones, or buy Bluetooth headphones. So if a 3.5-mm headphone jack is important to you, stick with the iPhone 6s. 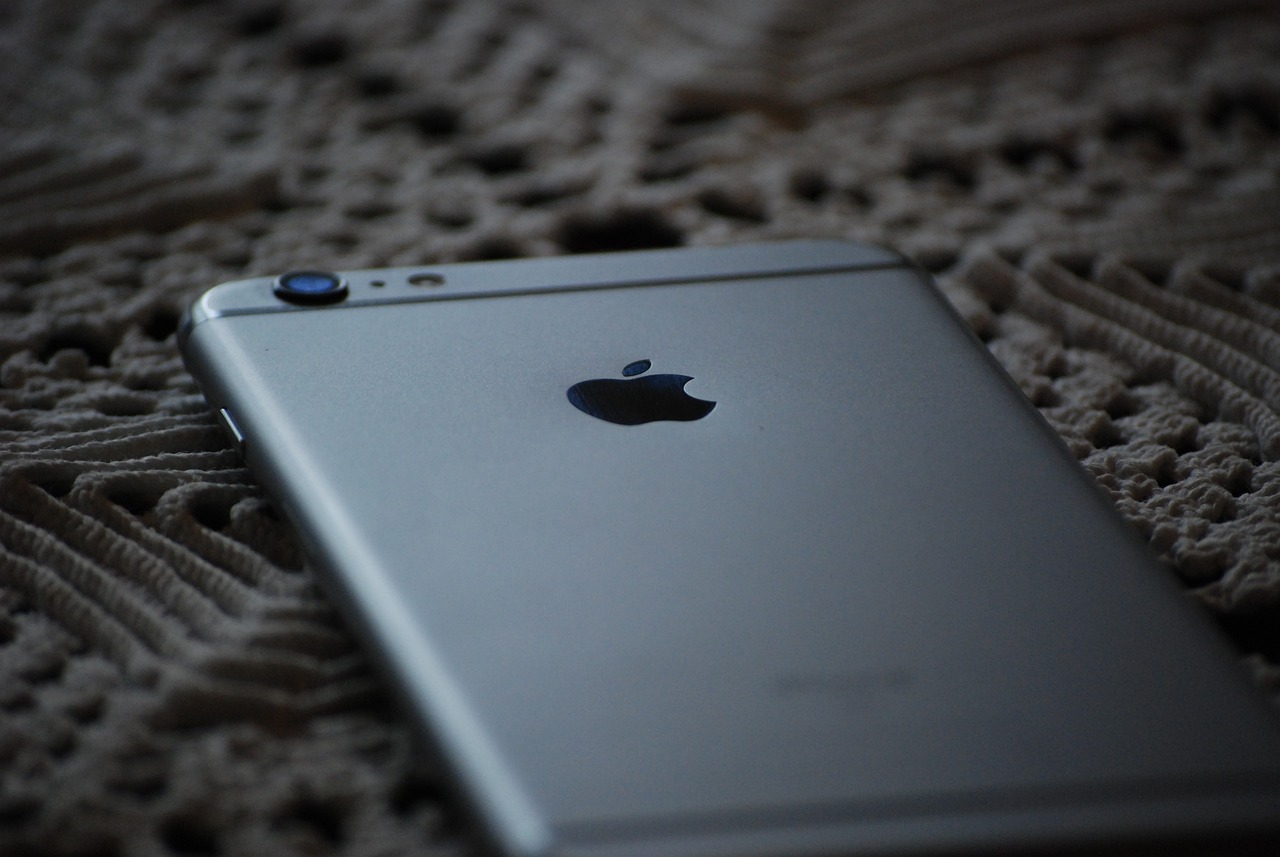 Because it's been a few years since either phone was released, there's no point sticking a defined price tag on them. After all, in the world of consumer technology, three years might as well be a century.

But we can tell you this: either iPhone represents a fantastic deal when compared to the super expensive models Apple has today. When deciding between the iPhone 6s vs. iPhone 7, you can't go wrong with either device.

The iPhone 7 represents the better value. It's pricier than the iPhone 6s, but not by much. And ultimately, you get so much more.

How They Compare to Today's Phones 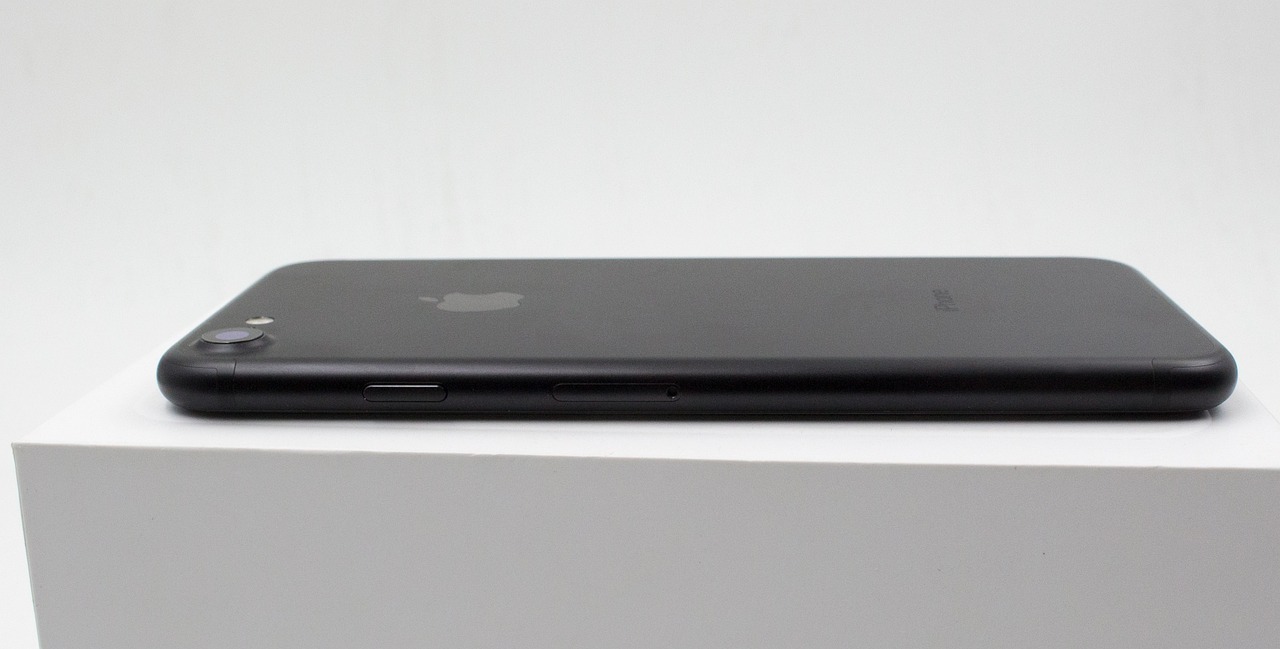 You start to worry that neither the iPhone 6s nor the iPhone 7 will match up to today's phones in performance. Well, have no fear.

That's because both devices are still strong phones, even today. The iPhone 6s remains just under the most modern competitors in performance. And the iPhone 7 can still outperform even new flagships from Android OEMs!

Of course, you're not going to match the capabilities of the iPhone XS and XR models. They're packing phenomenal A12 bionic processors which are faster than most laptops. And the new Samsung Galaxy S10 and the upcoming Google Pixel 4 are faster.

Those phones all cost extreme amounts of money. The iPhone 7 costs a week's pay! 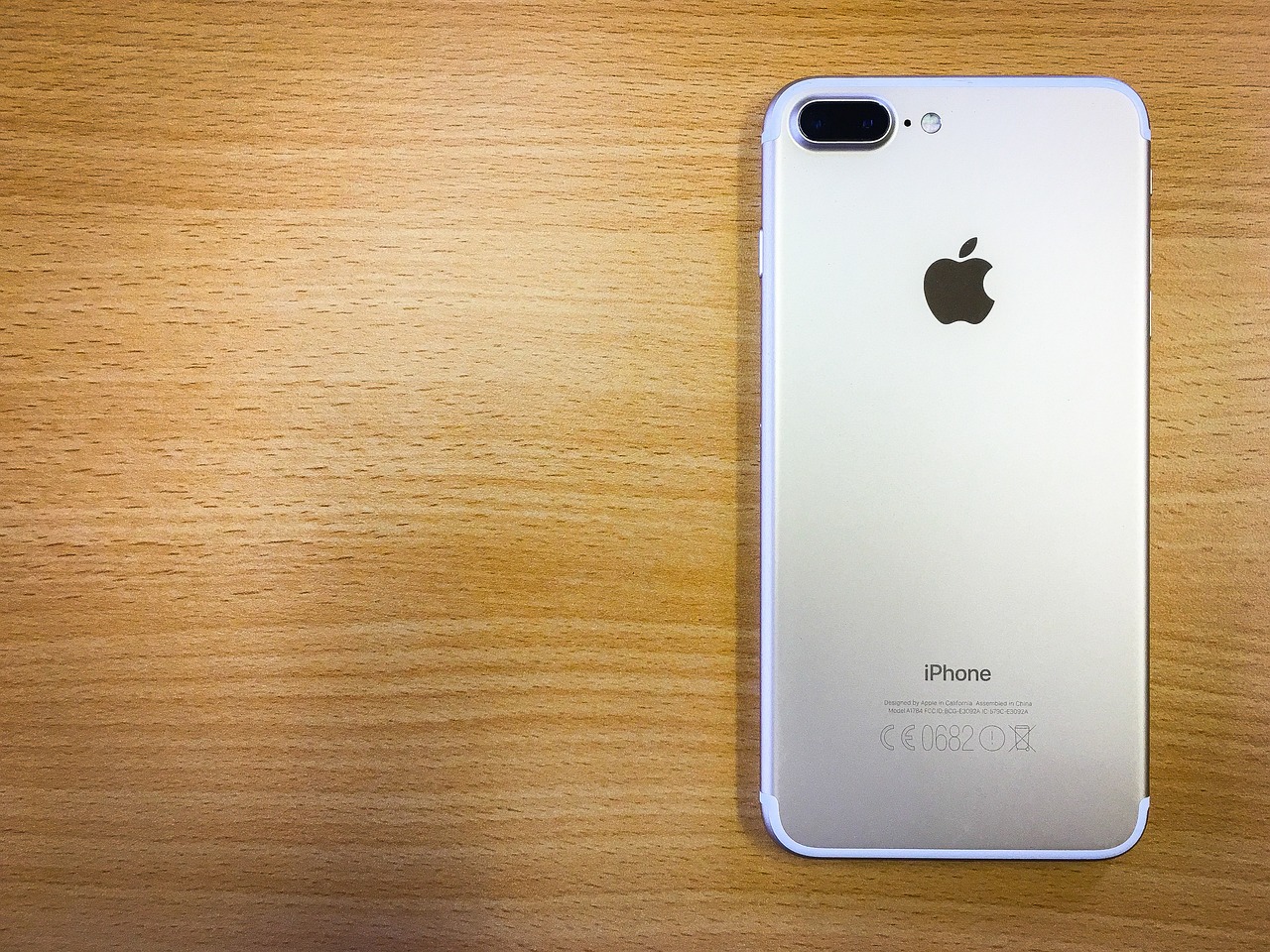 Sure, the iPhone 6s costs even less than the 7, but in an iPhone 6s vs. iPhone 7 showdown, you get more value for your money with the iPhone 7. It can hold its own with the new, bigger phones at a fraction of the cost.

Our recommendation is the iPhone 7. Hands down it is a better phone. At the end of the day, the iPhone 6s is showing its age. It has a subpar screen, a slower processor, and those ugly antenna bands and camera bumps.

So the real question becomes, "Should you buy an iPhone 7?"

We believe that if you can't afford an iPhone X or an iPhone 8, then most definitely buy an iPhone 7. You won't regret your decision!

If choosing between iPhone 6s vs. iPhone 7, what's your favorite? Let us know in the comments!